Frank Harrist wrote:Yes but nature drops millions of stones. If one in a thousand breaks then you could get a few just by chance that look like tools. It's not only possible, but probable that this does happen sometimes.


Yes, indeed. Hence the idea that definitive knapping marks are the earmark of human activity. Nature may break a zillion stones but it isn't going to knap them to an edge.

Then the trick becomes to learn to tell the difference.
Something is wrong here. War, disease, death, destruction, hunger, filth, poverty, torture, crime, corruption, and the Ice Capades. Something is definitely wrong. This is not good work. If this is the best God can do, I am not impressed.

Maybe I'm easily impressed but this

is looking good.
What are the chances of setting up some sort of double blind test with someone who can't easily be argued against? I don't know if Don Crabtree is still around (and I kind of doubt it, I suppose) but someone of that calibre. Surely a couple of good identity parades with some of these finds would add a lot of weight to the argument, or at least go some way towards settling this particular avenue of enquiry?
Whilst I'm here, any more results come back from the iron-smelting thing, or did I miss that page?

Oh. And as for the assumption that I'm going to go apeshit with jpegs, I resent that accusation and would furthermore state that I find 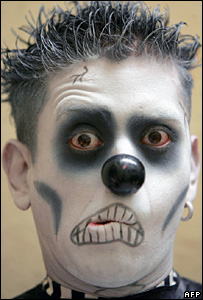 
Fascinating comment right there, huh?
Something is wrong here. War, disease, death, destruction, hunger, filth, poverty, torture, crime, corruption, and the Ice Capades. Something is definitely wrong. This is not good work. If this is the best God can do, I am not impressed.

The Club would have a collective stroke!
Something is wrong here. War, disease, death, destruction, hunger, filth, poverty, torture, crime, corruption, and the Ice Capades. Something is definitely wrong. This is not good work. If this is the best God can do, I am not impressed.

Charlie, you truely have one fascinating site there, as I've mentioned before. I would love to visit the site one day with you and have a look around. You need a geologist to help answer a lot of your questions.

It surely does look like some type of metallurgical productions going on.
These rectangular pits with a blowhole conncetion are certainly puzzling.
But if these where done by early prehistoric man, I keep asking myself
what type of tool would they have used to drill the vent hole. I believe you
said this was in a limestone formation. Limestone can be chipped with a harder stone perhaps, like a granite maybe. And that could easily be chipped out to make the rectangular pit, but to drill a long hole with a bow drill takes a lot of ingenuity. Someone did not just stumple on this technique by accident. And if they where using this area for metallurgical production,with the permanent pits, there has to be a nice size hamlet or village close by for sure. You need to get a good picture in your mind of what the setting was perhaps during this time frame, and move up to some high ground and look for an area where a village could be found. Of course, I would imagine this would be deep since this stuff your finding is eroding out of a creek. A little geomorphology is need here most definitely.

And looking at your picture from Nov 01, with the points and shells.
Those definately look like shells to me. The shells, 2nd top right, and
3rd on the left look like drill holes in the pictures. Shells were very common for necklaces and trade goods for prehistoric people as you know. But that lowest item, bottom middle, is not shell. That looks like
stone. I'm guessing a limestone, with a natural hole formation. Perhaps from a fossil, or some other solfter element that eroded and left a hole.
We see this commanly in the SEastern U.S. in our Cretaceous Period
rocks.
But, I could take you off shore to a oyster shell reef in the Gulf where
we use to fish and you could pick up shells just like these. As the shells
break down they look very common to this picture. In fact, there is little critter called an oyster drill. He drills small circular holes into a live oyster,
then crawls inside and eats the oyster. The holes appear almost man made. In fact, early man probably took advantage of these pre-drilled holes to string shells. So, it's hard to say if these shells in this picture are
man made or made by an oyster drill. These could be very natural, and found on a very old reef, along a coast line that existed in this area way back in time. There again, you need a bit of geomorphology to figure this area out. I want venture and speculate on the points. But there are a lot of Early Archaic points and tools in that picture. Points aren't my specialty. And I have yet to see any pottery in pictures that you have shown. Another indication that you have a very early site here, most likely.

Dr. Kissin's initial paragraph implies a great deal of knowledge of iron smelting...specific temperatures, forcing air to acheive those temperatures, reducing agents, fluxing agents... that is not the kind of knowledge one acquires right off the bat. A long period of trial and error would seem to be required.

Unless, the knowledge was a legacy and these people were trying to pick up the pieces after some catastrophe and doing the best they could with the materials at hand? In other words, they knew how to make iron but found themselves forced to dig pits in the ground in order to actually produce any. As I said before, unless this was a lost party of French or Spanish explorers/traders/conquerors the idea that anyone was smelting iron in pre-Colombian times is earth-shaking.

How far is this site from the Gulf?
Something is wrong here. War, disease, death, destruction, hunger, filth, poverty, torture, crime, corruption, and the Ice Capades. Something is definitely wrong. This is not good work. If this is the best God can do, I am not impressed.